Dead By Daylight is an unforgettable gaming experience full of thrills, torment and laughter as you evade against the killer to escape. The concept of Dead By Daylight is like no other, and for so long people wanted to translate this into an actual game and well, it happened.

Over recent decades, online gaming has advanced tremendously. Not only in its graphical quality but the creative ideas are truly coming to light, Dead By Daylight is a spectacle of this.

In Dead By Daylight, you can play as a survivor, but you can also play as the killer. In this article, however, we will focus on the survivor side but if you wish, you can read the killer version I created.

This great game was published by Behaviour Interactive on Steam in the June of 2016. Shortly after, Dead By Daylight gained a significant following with many live streamers and content creators making content on this fantastic horror game. It was later ported to Xbox and PlayStation in 2017 following it’s instant success.

Dead By Daylight is a multiplayer game (that sadly has no voice chat) where there are 4 survivors and 1 killer. It’s a grindy like game as you progress up the levels, spending your hard earned bloodpoints (points by playing) to level up characters for better perks, items, add-ons and offerings.

Your Job As a Survivor

Your main job in Dead By Daylight as a survivor is to complete 5 generators to power the exit gates, in which you can open once powered and escape. Sounds easy, but when there is a killer on the loose, the difficulty ceiling does get higher. The maps in the game vary in size, tho typically are big with many places to hide, one of the common places are lockers. Lockers look like an obvious hiding spot, but because it looks so obvious, who would use them?

To know where the killer is, you can listen to the ‘Terror Radius’ to determine how close they are. The terror radius is a heartbeat that progressively gets more and more intense the closer he is, this is a good sign to get out of there.

When the killer enters a chase with you, a good way to tell which way he is facing is by looking at the red light in front of him. Good killers will know this and if they know you can’t see them, they will turn around as they come round the corner, giving you less time to react.

To help you survive, the game has various ways you can use as aid. These perks, Items and add-ons for the items vary, so when you bring them into the trial, make sure you have a strategy.

To start with perks, I will mention the ‘meta’ perks that everyone finds to be the most strong and effective. For new players, you must level up a survivor to levels 30, 35 and 40 to unlock all of that character’s unique perks. To see which perks you can get from characters, read the ‘character info’ by pressing F1 on PC or you can read about teachable perks.

I find the combo ‘Deliverance’ and ‘Decisive Strike’ a good combination. Deliverance means you can instantly escape off your first hook if you have previously made a safe save on another teammate. To combine this, Decisive Strike allows you to get off the killers’ shoulder if he picks you up within a minute of unhooking yourself, giving you a quick get away.

Flashlights are not a tool to help you see, rather they can shine in the killers’ eyes to blind them. It takes a few seconds to have an effect, so I wouldn’t recommend doing this when you’re mid chase.

Maps are similar to how you would expect. When in use, the map reveals the aura of generators, or, if you are using a rainbow map, almost everything interactable.

Keys are used to open ‘Black Locks’. For those who do not know what this means, it’s referring to the ‘hatch’ that spawns randomly in the trial opening up a free escape.

For the items above, you can apply add-ons to increase the duration, or increase the amount of charges your item has. Some can apply unique effects, such as the toolbox’s brand new part. This part allows you to complete 25% of a generator if you land the skill checks correctly.

Before we dig in, it’s important you know that it does not matter much which survivor you play. Some injured survivors are louder than others, but that is only the real difference and is not significant, so here are my favourite survivors. 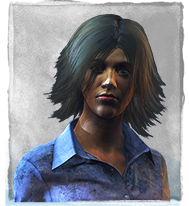 The first licensed survivor to be added to Dead By Daylight was Laurie Strode. Laurie Strode is the main character from the classic horror movie, Halloween with the inclusion of Michael Myers.

Her teachable perks are; Sole Survivor, Object of Obsession and Decisive Strike. Click each named perk to read more about how it functions. 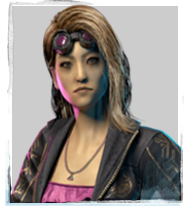 Yui Kimura is a fairly recent survivor that was added to Dead By Daylight, however, a bit of bias may be on her side because of how great her outfits are. Yui Kimura is a Japanese motorbike racer who is The Oni’s survivor opposition.

Her teachable perks are; Lucky Break, Any Means Necessary and Breakout. 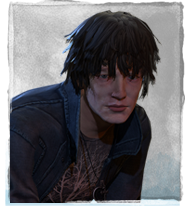 Quentin Smith was the survivor version of the ‘Nightmare On Elm Street’ DLC. This determined survivor helps lead his team survive through thick and thin.
His teachable perks are; Wake Up!, Pharmacy and Vigil.